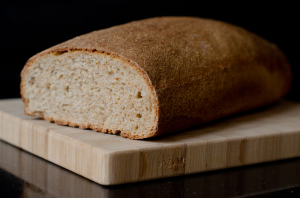 Question #1: The Whey to Celebrate Shavuos!

“Is one permitted to make pastry with butter when it will not be noticeable that the product is dairy?”

Each of the above questions is a shaylah that I have been actually asked, and each involves our understanding the prohibition created by Chazal against making dairy or meaty bread. In a previous article, we learned that it is prohibited to use milk as an ingredient in dough, and that if one added milk to dough, the bread produced is prohibited from being eaten at all, even with a dairy meal, because of concern that one may mistakenly eat the dairy bread together with meat. The Gemara rules the same regarding baking bread that contains meat ingredients or baking on a hearth that was greased with beef fat – it is prohibited to eat this bread, even as a corned beef sandwich (Pesachim 30a, 36a; Bava Metzia 91a; Zevachim 95b). If one greased a hearth with beef fat, one must kasher it properly before one uses it to bake bread.

Is one ever permitted to make dairy bread?

How much is a small amount?

In the previous article, I noted that Chazal did not prohibit producing small quantities of milchig or fleishig bread. What was not discussed was: how much milchig or fleishig bread is considered a “small quantity” that one may produce? One early authority, the Hagahos Shaarei Dura, rules that one may bake rolls that have absorbed meat for Shabbos meals, since they will certainly be eaten in the course of Shabbos.

Although both the Shulchan Aruch and the Rama quote this ruling of the Hagahos Shaarei Dura, a careful reading of their comments shows that these two authorities dispute exactly how much one may make. The Shulchan Aruch (Yoreh Deah 97:1) writes that a small amount is the amount that one would eat at one time, which implies that it is permitted to make only what one would eat at one sitting and not leave any leftovers (Pri Megadim, Sifsei Daas 97:1; Ben Ish Chai, II Shlach 17; Darchei Teshuvah 97:17; Badei HaShulchan, Tziyunim #49). Thus, when preparing dairy or meat bread, one may make only as much as one is certain that his family and guests will completely devour at the time the bread is served.

Take it a day at a time

On the other hand, the Rama rules that one may make milchig bread for Shavuos or fleishig bread for Shabbos, since this is called a “small amount.” When preparing bread for Shavuos or Shabbos, one is preparing more than what will be eaten at one sitting, but what will be eaten for a whole day. In another venue, the Rama states explicitly that it is permitted to make dairy or meat bread for a day at a time (Toras Chatas, 60:2). For this reason, the Aruch HaShulchan concludes that one may knead dough that is no more than what one’s family and guests will eat within 24 hours.

Some authorities expressly prohibit baking dairy bread for both days of Shavuos in advance of the Yom Tov (Darchei Teshuvah 97:33). They reason that baking for two days at a time is no longer considered a “small amount.”

We should note that although several authorities mention explicitly that the Shulchan Aruch and the Rama dispute whether one may make bread for only one sitting or for one entire day, other authorities imply that the Shulchan Aruch accepts the Rama’s more lenient understanding of a small amount (see Chavos Da’as, Biurim #4; Aruch HaShulchan 97:4).

All opinions agree that one must be careful not to produce so much that one expects there to be leftovers, unless one makes a heker in the bread (Bach; Darchei Teshuvah 97:34).

The whey to celebrate Shavuos!

At this point, we can address the first question asked above: “May I add dairy ingredients to bread that I intend to serve with a milchig meal on Shavuos?”

Dairy bread during “the Nine Days”

During the Nine Days, am I permitted to make dairy bread, since we are not eating meat anyway?”

I have not found any halachic authority who states that the custom not to eat meat during the Nine Days permits us to make dairy bread during these days. Perhaps the reason why no one mentions such a heter is because there are numerous situations when one may eat meat, such as when a person is ill, at a seudas mitzvah, or on Shabbos, and we still need to be concerned that one may mistakenly eat the dairy bread on one of these occasions.

At this point, we can address the two remaining questions I quoted above:

“Is one permitted to make pastry with butter, when it will not be noticeable that the product is dairy?”

The halachic authorities discuss whether the prohibition against bread containing dairy or meat applies also to items such as spices and pastry. The consensus is that one may add dairy ingredients to pastry that is ordinarily not eaten with meat, but is usually eaten either as dessert or together with coffee, but that one may not add dairy ingredients to foods, such as crackers or zwieback, that sometimes are eaten to accompany meat (Shu’t Maharit 2:18; Chachmas Adam 50:3). Others are lenient even regarding crackers and zwieback, contending that Chazal prohibited only regular bread (She’eilas Yaavetz #62; see Pri Chodosh, Yoreh Deah 97:1). According to both of these opinions, one may produce dairy cakes, cookies or doughnuts, even if they do not obviously look dairy.

There is a minority, late opinion that disagrees with the above and contends that one may not make dairy products that one may mistakenly eat for dessert after a meat meal (Yad Yehudah, Peirush HaKatzar 97:3). Following this approach, all dairy cakes, cookies or doughnuts must either be obviously dairy or be marked in a unique way that calls attention to their dairy status.

Based on this latter approach, common custom in Eretz Yisrael today is to make cheese bourekas in a triangular shape and pareve bourekas in square shapes. One could argue that since bourekas occasionally accompany meat, they should be prohibited from being dairy, even according to the opinions of the Shu’t Maharit and the Chachmas Adam, whom I quoted above. Since many authorities consider the Chachmas Adam to be the final authority in kashrus and other yoreh deah topics, this forms the basis for the current custom in Eretz Yisrael.

What if it happened by mistake?

What is the law if someone is in the process of making dough, and some milk spills into the dough? Is there a basis to be lenient, since the person was not trying to violate Chazal’s rules?

The answer is that the prohibition against eating dairy bread is not a penalty that Chazal imposed on someone who violated their ruling. It is a takkanah that they instituted to ascertain that no one err and mistakenly violate the laws of eating meat and milk together. Thus, the prohibition is in effect, whether or not the milk (or meat) was added intentionally or in error. When there was an unintended spill of meat or dairy and a major loss will result, the Chachmas Adam (50:5) permits giving many families one loaf of bread each for immediate consumption (see also Aruch HaShulchan, Yoreh Deah 97:8; Yad Yehudah, Peirush HaKatzar 97:4). This is permitted, because each person receives an amount that he will finish in one day.

There are authorities who permit a commercial bakery to manufacture a large quantity of dairy bread, as long as it is careful to sell to each individual or household only a small amount that he would be permitted to make for himself (Shu’t Kesav Sofer, Yoreh Deah #61). This logic would permit a kashrus agency to certify a company that makes dairy bread (under permitted conditions), even though they are making a large dough. However, an earlier authority, the Maharit, rejects this heter, as he is concerned that the baker may forget to tell customers that the bread is dairy (Shu’t Maharit 2:18).

Does the prohibition apply only to a Jewish bakery, or even to a non-Jewish bakery? Chazal have the ability to prohibit only Jews from specific activities, but there is no mitzvah binding on a gentile to obey a ruling of Chazal. Thus, the question is as follows: If a gentile-owned bakery produces commercial quantities of dairy bread, may a Jew purchase small amounts of this bread — that is, enough for one meal or for one day? The Yad Yehudah (Peirush HaKatzar 97:7) discusses this issue, and prohibits it, only because of the problem of chalav akum, milk that was not supervised by an observant Jew. (I have written several articles on this topic in the past, and they can be accessed on RabbiKaganoff.com under the headings “milk” or “cheese.” Alternatively, I can send it to you in an e-mail.) According to those who permit contemporary produced milk, it would appear that one would be permitted to buy a small quantity of dairy bread – enough that one would consume either at one meal or in the course of one day, without any leftovers.

The Gemara teaches that the rabbinic laws are dearer to Hashem than are the Torah laws. In this context, we understand the importance of this prohibition created by Chazal to protect the Jewish people from eating dairy and meat together. We should always hope and pray that the food we eat fulfills all the halachos that the Torah commands us.