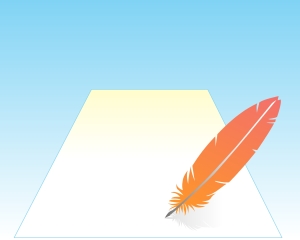 At the end of our parsha, Yaakov is sent eastward to look for a shidduch. This provides an opportunity to discuss:

“My husband’s name is Chayim Shelomoh, and an excellent shidduch possibility was just suggested for my daughter. However, the bachur’s name was originally Shelomoh, but as a child, he was ill and they added the name Chayim before Shelomoh. May we proceed with this shidduch?”

Question #2: Must we turn down this shidduch?

“My wife’s name is Rivkah, and we were just suggested an excellent shidduch for my son, but the girl’s name is Esther Rivkah. Must we turn down the shidduch?”

Both of these questions relate to rules that are not based on Talmudic sources, but on the writings of Rav Yehudah Hachassid, who prohibited or advised against many potential marriages that are, otherwise, perfectly acceptable according to halachah. But before we even discuss the writings of Rav Yehudah Hachassid, let us discover who he was and why his opinion carries so much weight.

Who was Rav Yehudah Hachassid?

Well, to complicate matters a bit, there were two people in Jewish history who were called Rav Yehudah Hachassid. These two individuals lived hundreds of years apart, and, to the best of my knowledge, had no known connection to one another, other than that they were both esteemed Ashkenazic leaders in their respective generations. The Rav Yehudah Hachassid of the seventeenth century, famed as the builder of a shul in the Old City of Jerusalem, now called the churva shul, spearheaded the first “modern” effort to establish an Ashkenazi community in the holy city. Although this failed attempt had political and practical ramifications that lasted until the middle of the twentieth century, I have never heard him blamed for the blocking of a potential shidduch.

On the other hand, the much earlier Rav Yehudah Hachassid, whose writings and rulings will be discussed in this article, was a great posek and mekubal, whose halachic decisions and advice have been extensively followed by both Ashkenazim and Sefardim.

Rav Yehudah Hachassid, who was born in approximately 4910 (1150), is quoted several times in the Tosafos printed in our Gemara (for example, Tosafos, Bava Metzia 5b, s.v. Dechashid and Kesuvos 18b, s.v. Uvekulei). Rav Yehudah’s students included a number of famous rishonim who are themselves Baalei Tosafos, such as the Or Zarua, the Rokeach, the Semag, and the Sefer Haterumah.

Rav Yehudah Hachassid was the head of a select group of mekubalim called the Chassidei Ashkenaz. He authored numerous works on kabbalah and was the author of the poem Anim Zemiros, sung in many shullen at the end of Shabbos davening. Two works of his are intended for use by the common laymen, the Sefer Chassidim and the Tzavaas [the ethical will of] Rav Yehudah Hachassid, and these mention the subject of today’s article.

I am not going to list everything in Rav Yehudah Hachassid’s tzava’ah, but, instead, will simply cite some of the practices that he prohibits.

A man should not marry a woman who has the same name as his mother, nor should he marry a woman whose father has the same name that he has. Rav Yehudah Hachassid closes by saying: if people violated these instructions, one of the parties with the name in common should change his/her name — perhaps this will provide some hope. He does not specify what the harm is or what the hope is for.

Two mechutanim should not have the same name.

Two mechutanim should not make two shidduchim, a son with a daughter and a daughter with a son.

One should not marry one’s niece, either his brother’s daughter or his sister’s daughter.

A father and son should not marry two sisters.

Two brothers should not marry two sisters, nor should they marry a mother and her daughter.

A stepbrother and a stepsister should not marry.

Two married brothers should not live in the same city.

Before we get everyone disturbed, I will share with you that many of these relationships prohibited (or advised against) by Rav Yehudah Hachassid are not recognized as binding by later authorities. For example, the Chofetz Chayim’s first rebbitzen was his step-sister: he married the daughter of his step-father, who had already married the Chofetz Chayim’s widowed mother. Similarly, I know of numerous instances in which two brothers married two sisters, without anyone being concerned about it. And the Tzemach Tzedek of Lubavitch mentions that one need not be concerned about pursuing a shidduch in which the fathers of the chosson and the kallah have the same given name (Shu’t Tzemach Tzedek, Even Ha’ezer #143).

In most places, the only shidduchin-related rule of Rav Yehudah Hachassid that has been accepted is that a man not marry a woman who has the same given name as his mother, nor should a woman marry a man who has the same name as her father. Why is this rule more accepted than any of the others?

Early poskim note that the custom of being concerned about this was far more widespread than concern about the other prohibitions of Rav Yehudah Hachassid. They propose several reasons to explain why this is true.

One answer is because the Arizal was also concerned about a man marrying a woman whose name is the same as his mother. Yet, there is no evidence of the Ari or other authorities being concerned regarding the other rules of Rav Yehudah Hachassid (see Shu’t Mizmor Ledavid of Rav David Pardo, #116, quoted by Sdei Chemed, Volume 7, page 17; Shu’t Divrei Chayim, Even Ha’ezer #8).

Another possible reason is that the Chida writes that he, himself, saw problems result in the marriages of people who violated this specific prohibition of Rav Yehudah Hachassid.

Rav Chayim Sanzer adds that one should be concerned about this particular practice only because klal Yisroel has accepted as custom to pass up these marriages. To quote him: If the children of Israel are not prophets, they are descended from prophets, and there is an innate understanding that these shidduchin should not be made.

The responsum of the Noda Biyehudah

No discussion of the instructions of Rav Yehudah Hachassid is complete without mentioning a responsum of the Noda Biyehudah, the rav of Prague and posek hador of the eighteenth century. The Noda Biyehudah (Shu’t Even Ha’ezer II #79) discusses the following case: A shidduch was suggested for the sister-in-law of a certain Reb Dovid, a close talmid of the Noda Biyehudah, in which the proposed chosson had once had his name changed, because of illness, to the name of the girl’s father. The Noda Biyehudah replied to Reb Dovid that generally he does not discuss questions that are not based on sources in Talmud and authorities. Nevertheless, he writes that he will break his usual rules and answer the inquiry.

One should not marry one’s sister’s daughter. However, the Gemara (Yevamos 62b) rules that it is a mitzvah to do so.

Rav Yehudah Hachassid prohibited a father and son from marrying two sisters, yet we see that the great amora Rav Papa arranged the marriage of his son to his wife’s younger sister (Kesubos 52b).

Another example is that Rav Yehudah Hachassid writes that two brothers should not marry two sisters, yet the Gemara (Berachos 44a) writes approvingly of these marriages. Furthermore, the amora, Rav Chisda, arranged for his two daughters to marry two brothers, Rami bar Chamma and Ukva bar Chamma (ibid.).

The Noda Biyehudah continues: “However, out of esteem for Rav Yehudah Hachassid, we must explain that in his great holiness, he realized that the shidduchin he was discouraging would all be bad for his own descendants. Therefore, Rav Yehudah Hachassid’s comments do not conflict with the Gemara, since he was writing a special ruling for individuals that should not be applied to anyone else. Therefore, Reb Dovid does not need to be concerned about his sister-in-law proceeding with this shidduch.

The Noda Biyehudah presents an additional reason why Reb Dovid does not need to be concerned: Rav Yehudah Hachassid’s concerns apply only to birth names or names given to sons at their bris, but do not apply to any name changes that take place afterwards. The Noda Biyehudah rallies proofs that adding or changing a name because of illness can only help a person and cannot hurt. In addition, the Noda Biyehudah reasons that if someone was an appropriate shidduch because of his birth name, changing or adding to his name cannot now make this shidduch prohibited.

Aside from the other reasons why the Noda Biyehudah feels that this shidduch can proceed, he adds another rule: It is more important for someone to marry off his daughter to a talmid chacham, which the Gemara says is the most important thing to look for in a shidduch, than to worry oneself about names, a concern that has no source in the Gemara.

At this point, let us examine one of our opening questions:

My husband’s name is Chayim Shelomoh, and a shidduch was just suggested for my daughter of a bachur whose name was originally Shelomoh, but as a child, he was ill, and they added the name Chayim before Shelomoh. May we proceed with this shidduch?

According to the Noda Biyehudah, one may proceed with the shidduch, even if the younger Chayim Shelomoh does not qualify as a talmid chacham and even if they are descended from Rav Yehudah Hachassid, since the name Chayim was not part of his birth name.

On the other hand, there are other authorities who are more concerned about violating the instructions of Rav Yehudah Hachassid and do not mention any of the above heterim (quoted in Sdei Chemed Volume 7, pages 17- 20; Kaf Hachayim, Yoreh Deah 116:125). These authorities supply a variety of reasons why the arguments of the Noda Biyehudah do not apply. As far as the Noda Biyehudah’s statement that Rav Yehudah Hachassid could not have banned that which is expressly permitted, or even recommended, in the Gemara as a mitzvah, some respond that, although at the time of the Gemara there was no need to be concerned about the kabbalistic problems that these concerns may involve, our physical world has changed (nishtaneh hateva), and there is therefore, currently, a concern of ayin hora (quoted by Sdei Chemed page 19).

I leave it to the individual to discuss with his or her posek whether or not to pursue a particular shidduch because of an identical name or one of the other concerns raised by Rav Yehudah Hachassid. Of course, we all realize that the most important factor in finding a shidduch is to daven that Hashem provide the appropriate shidduch in the right time.

For the continuation of this discussion, see part II of this article.