The Four Questions of Matzoh Purchasing 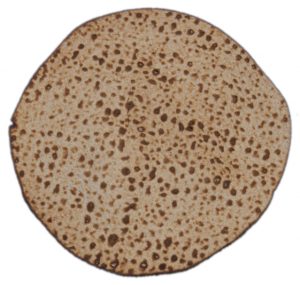 The First Question Is: On all other nights of the year, we do not check our matzoh and bread, although we sometimes check our flour before we bake with it; on this night of Pesach, we check our matzoh before eating it. For what are we checking?

The Second Question Is: On all other nights of the year, we eat any kind of matzoh; on this night of Pesach, some people eat only hand matzoh, others eat only machine-made matzoh, and still others eat hand matzoh for the bracha and machine matzoh afterwards. What is the basis for these different practices?

The Third Question Is: On all other nights of the year, we prepare our food leisurely; on this night of Pesach, we eat matzoh advertised as special “18-minute matzoh.” But I thought that matzoh dough becomes chometz after 18 minutes, so all matzoh left around longer than 18 minutes before baking should be chometz. So what is special about 18-minute matzoh?

In last week’s post, we answered the first of these questions. This week we continue…

“On this night of Pesach, some people eat only hand matzoh, others eat only machine-made matzoh, and still others eat hand matzoh for the bracha and machine matzoh afterwards. What is the basis for these different practices?”

Although most people today accept the use of machine matzoh for Pesach, it is instructional to understand a major dispute that existed among nineteenth-century poskim over its use. Dozens of renowned poskim and rabbonim became involved in this dispute. Unfortunately, the machlokes over the use of machine matzos became as heated as the temperature of the matzoh ovens, with each side issuing tirades.

Those who opposed the use of machine-made matzoh on Pesach did so because of the following major concerns:

Apparently, this was a big concern in the early matzoh bakeries. In a teshuvah dated Monday, Erev Rosh Chodesh Nisan 5618 (1858), the Divrei Chayim (Shu’t 1:23) refers to machine matzoh as chometz gamur (unquestionably chometz), based on the way it was produced.

It is also curious to note that the initial matzoh machines over which these poskim debated were nothing more than hand-turned rollers that quickly made a large quantity of thin dough into circles, the way a cookie cutter operates. They enabled a fantastic increase in the output of one small factory.

Thirty years after the original dispute, the issue was still heated, as evidenced by the following teshuvah of Rav Yehoshua Trunk of Kutno, widely acknowledged in the latter half of the nineteenth century as the posek hador of Poland.

“On the subject of the new idea brought to knead matzos by machine, G-d forbid that one should follow this practice. Over thirty years ago, all the Gedolei Yisroel in our country prohibited it. At their head were the Av Beis Din of Tshechnov; Rav Yitzchok Meir of Gur (The Chiddushei Rim, the first Gerer Rebbe); and Rav Meir, the Rav of Kalish; all of whom signed the declaration prohibiting their use. Not a single individual was lenient about this matter. I therefore say to our brethren, ‘Do not separate yourselves from your brethren, since all the gedolim in our country prohibited this machine and virtually all the people accepted this prohibition” (Shu’t Yeshu’os Molko, Orach Chayim #43). Thus, it appears that in central Poland, where these gedolim lived, hand matzos were used almost exclusively.

Similarly, in a teshuvah penned in the year 5635 (1895), the Avnei Nezer (Orach Chayim #372), renowned posek and gadol hador a generation later, echoed this sentiment with emphasis. He writes that although he had never seen a matzoh factory, he prohibited eating this matzoh based on the fact that the previous generation’s poskim had prohibited it, quoting Rav Yehoshua of Kutno.

At about the same time that the Avnei Nezer wrote his above-quoted responsum, the Maharsham (Shu’t 2:16) was asked by the Rav of St. Louis, Missouri, Rav Zecharyah Yosef Rosenfeld, about a matzoh machine that took a half hour to prepare the matzoh. Rav Rosenfeld was highly concerned about several problems regarding this machine. The Maharsham ruled that if all the equipment is kept cool and all the other requirements are met, then the matzoh may be used.

In the contemporary world, one can plan and construct a factory for baking matzos in such a way that a minimal amount of dough adheres to equipment, and mashgichim can supervise the swift removal of any dough that sticks to the machinery. Someone who purchases machine-made matzoh is relying on the supervising agency or rabbi to guarantee that the operation runs properly.

Among the reasons quoted for favoring machine matzos are:

1) Kneading by hand takes considerably more time before the matzoh is ready for baking. In addition, the dough is likely to warm up considerably by the hands of the kneader, which may lead to it becoming chometz.

2) Hand matzos are of uneven thickness, so that some parts of the matzoh are burnt while other parts may still be incompletely baked; thus, there could be a problem of a matzoh being removed from the oven before it is fully baked.

3) Machine matzos are thinner and thus less susceptible to leavening.

Although the following may be unappetizing, I have witnessed someone leaning over the table, busily kneading the dough for his matzoh, while beads of perspiration are falling into the dough. Aside from the lack of sanitary conditions, there are also kashrus concerns about matzoh produced this way.

On the other hand, many Chassidic circles eat only hand matzos on Pesach, following the long list of Chassidic poskim who strongly opposed machine matzos. In between these two approaches are those who feel that the kashrus of machine matzos is fine or even preferred, but who are concerned about whether matzoh produced by a machine is considered lishmah. To avoid any halachic problem, they use hand matzos at the Seder, but eat machine matzoh the rest of Yom Tov.

At this point, my son, I can answer your Third Question:

On all other nights of the year, we prepare our food leisurely; on this night of Pesach, we eat matzoh advertised as special “18-minute matzoh.” But I thought that matzoh dough becomes chometz after 18 minutes, so all matzoh left around longer than 18 minutes before baking should be chometz. So what is special about 18-minute matzoh?

Ideally, one should stop every matzoh machine every eighteen minutes to guarantee that the equipment is completely clean. However, factory owners feel that this is a non-profitable way to operate a matzoh factory. Thus, the equipment usually runs constantly with the hope that no dough sticks to it and remains from one batch to the next. To avoid this problem, many people who use machine matzoh insist on using only matzoh produced after the equipment was stopped for a thorough cleaning and examination. This matzoh is usually called “eighteen-minute matzoh,” that is, the machine has not been running for eighteen minutes from the last time that it was thoroughly cleaned.

To quote a friend’s recent observation: “I went to a major matzoh bakery a few years ago where they had two runs simultaneously. One was mehadrin, where they stopped the equipment every 16 minutes for cleaning. The other production was constant, and we witnessed piles of dough building up along the sides of the conveyor belt that eventually mixed into the production dough.”

The Fourth Question was basically asking:

“A guest once asked me if he could pick up the matzos on Erev Pesach that he was planning on eating at the Seder. Why did he request this, and why have I never heard of this before?”

The halacha is that to fulfill the mitzvah of eating matzoh, the matzoh must be your property. Thus, one cannot fulfill the mitzvah with stolen matzoh. Some have the practice of being certain that they have paid for their matzoh before Pesach to demonstrate that the matzoh is definitely theirs (based on Mishnah Berurah 454:15).

There is an interesting dispute between poskim as to whether a guest at someone else’s Seder fulfills the mitzvah with matzoh that belongs to the host. Sfas Emes (commentary to Sukkah 35a s.v. beGemara asya) contends that one can fulfill the mitzvah of matzoh only with matzoh that one owns to the extent that one would be able to sell it. Therefore, a host must give to each of his guests their matzoh as a present before they eat or they have not fulfilled the mitzvah. However, the universally accepted practice is to follow the opinion of the Mishnah Berurah (454:15), who states that one fulfills the mitzvah with borrowed matzoh.

May we all be zocheh to eat our matzoh this year together with the Korban Pesach in Yerushalayim.