The style of this article is an experiment; it is somewhat different from what I usually send out, and I am looking for feedback from our readers. The article consists of an actual teshuvah that I wrote many years ago and is published in Shu”t Nimla Tal (Orach Chayim, #167), which is available for download on the website RabbiKaganoff.com. (The teshuvah begins on page 214 of the sefer.)

To create this article, the original Hebrew teshuvah was rendered by Google translate, and then edited. I am looking for feedback from our readership whether you enjoyed this style of article, and whether you would like to see it in the future on an occasional or even a regular basis. 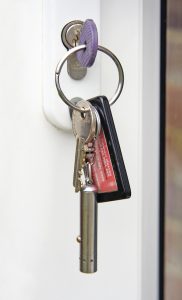 The responsum was an answer to an actual question that I was asked:

“A room is rented to a non-Jew because it contains the chometz that was sold to him. Is it permissible to enter the room in order to remove something that was not included in the sale?”

The responsum, which was addressed to a Torah scholar, reads as follows:

The Magen Avraham (472:2) asked a question on the position of the Maharil, who permitted someone to use, in honor of the Seder, a very valuable item, perhaps made of gold or containing precious stones, that had been given by a gentile as collateral on a loan, what I will henceforth call a pawned item. The Magen Avraham questioned how the Maharil permitted the Jew to use the pawned item, when the halacha is that one may not use someone else’s property without permission. Since the Jew is holding the pawned item only to make sure that he can recoup the value of the loan should there be a default, the Magen Avraham assumes that the Jew is not permitted to use the pawned item without the explicit permission of the owner, until the loan is due. At that point, he is permitted to sell it or keep it.

The Magen Avraham answers that we can assume that the non-Jewish owner does not mind if one uses his pawned item only once, and, therefore, one may display the valuable item at the Seder as part of one’s celebration of this very special night.

Let us examine a related passage of Gemara. The end of tractate Avodah Zarah (75b) relates that Rav Ashi immersed a vessel he had received as collateral from a non-Jew, in fulfillment of the mitzvah of tevilas keilim, before using them for food. The Gemara inquires why Rav Ashi immersed the item when there is no  obligation unless the item is owned by a Jew. Was it because Rav Ashi contended that receiving the item as collateral is considered halachically as if the Jew already owns it? In other words, notwithstanding the borrower’s option to redeem it, the lender may assume that since most pawned items are not redeemed, he may already treat it as his property. An alternative position mentioned by the Gemara is that the lender may not assume that an item received as collateral can be treated as his. However, in Rav Ashi’s specific case, there were specific indications from the borrower’s actions that he did not intend to redeem the pawned item, and therefore Rav Ashi assumed that he had already acquired it.

Regarding the conundrum presented by the Gemara, the Shulchan Aruch (Yoreh Deah 120:9) assumes that the issue remained unresolved. He therefore concludes that if the Jewish lender notices any indication that the non-Jewish borrower does not intend to redeem the security, the lender should recite a brocha prior to immersing it. However, if there is no such indication, he should immerse the vessel before using it, but without reciting a brocha, since the borrower may return to redeem the security, in which case it was property of a gentile at the time of the immersion, and there was no requirement to immerse it. Halachically, only an item owned by a Jew requires immersion before use, not an item used by a Jew that is owned by a non-Jew. When there is uncertainty whether one is fulfilling a mitzvah with a certain action, the usual procedure is to perform the mitzvah but without reciting a brocha because of the principle of safek brochos lehakeil.

Returning to the ruling of the Shulchan Aruch, since it is uncertain whether the item requires immersing before use, one should immerse it, but without reciting a brocha.

At this point, this passage of Talmud and the ruling of the Shulchan Aruch present us with a question on the position of the above-quoted Magen Avraham. The Magen Avraham asked on the Maharil’s position how he can permit the lender to display at his Seder the valuable pawned items that he is holding, since one may not use an item without permission, and the lender has no explicit permission to use the collateralized valuables. The Gemara in Avodah Zarah that we just quoted is certainly assuming that Rav Ashi was permitted to use the collateralized item – the only question is whether he should assume that the item is already his property, and therefore he should recite a brocha when he immerses it, or whether he should not recite a brocha, because the property still belongs to the gentile. But no one questions Rav Ashi’s right to use the item.

The Taz (in Yoreh Deah) indeed questions how Rav Ashi could use the security and explains that halacha does not forbid using an item of a non-Jew that is already in your house. In other words, the prohibition not to use an item without permission does not apply to a non-Jew’s property that he is storing in a Jew’s house, whether as collateral or for any other reason.

Based on this above discussion, several halachic authorities (Chok Yaakov; Machatzis Hashekel) dispute the Magen Avraham’s assumption that one may not use collateral owned by a non-Jew without permission. According to these authorities, it would seem that it is permitted to enter the room that you have rented out to the non-Jew in order to use the room for your own purposes.

However, it might be prohibited to enter the room for other reasons, germane to the sale of the chometz. When the Terumas Hadeshen discusses how one should sell one’s chometz to a non-Jew, he states expressly that the chometz should be removed from the house of the Jewish seller. Many authorities question this requirement, noting that the Gemara states that it is permitted to have a non-Jew’s chometz  in one’s house on Pesach, provided that a barrier the height of ten tefachim (about forty inches) is constructed around the chometz, presumably to guarantee that no one mistakenly eat it. Why, then, does the Terumas Hadeshen insist that the chometz sold to the non-Jew be removed from the Jew’s residence?

Most later authorities explain that one is permitted to leave the non-Jew’s chometz in one’s house, provided that he has taken adequate care that no one mistakenly eat it. The reason that the Terumas Hadeshen insisted on removing the chometz from the Jew’s property was because of the technical laws that must be followed in order to change ownership of the chometz  to the non-Jew. However, should one accomplish changing ownership to the gentile without moving it out of your house, you are not required to do so.

One of the standard methods we use of guaranteeing that the sale of our chometz to the gentile is fully valid is to rent to the gentile for the entire holiday the area where the chometz is stored. However, even when one rented to the gentile the area where the chometz is stored, this rental should not preclude the Jew from entering this area for a short period of time. It therefore appears that, should the need develop, it is permitted to enter the room that was rented to the non-Jew.

Wishing everyone a chag kosher vesomayach!!