Only the Choicest of Wine – What’s Best for Kiddush and Arba Kosos? 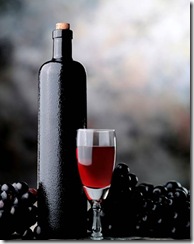