I wrote this article originally several years ago when this topic was very hot in the news. I have revised it, based on currently available information. The purpose of this article is not to give a final decision on the topic, but to present some background of the issues.

Can a Sheitel be Prohibited Because of Avodah Zarah?

Introduction to the Laws of Avodah Zarah 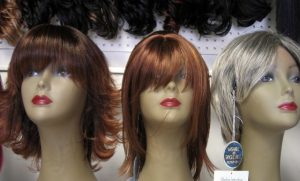 In addition to the cardinal prohibition against worshipping idols, the Torah distanced us from any involvement with or benefit from avodah zarah. Furthermore, the money received in payment for the avodah zarah is also tainted with the stigma of avodah zarah and may not be used. As will be described later, this money must be destroyed in a way that no one will ever be able to use it.

Chazal prohibited benefit even from the wages earned for transporting an item used in idol worship. Thus, the wages of a person who hired himself to transport wine used in idol worship are prohibited (Mishnah, Avodah Zarah 62a). He is required to destroy whatever he received as payment, and he must destroy it in a way that no one else can use it. The Gemara rules that if he received coins as payment, he must grind up the coins and then scatter the dust to the wind, to guarantee that no one benefit from idolatry.

In this context, the Gemara recounts the following story: A man who had rented his boat to transport wine owned by idolaters was paid with a quantity of wheat. Since the wheat may not be used, the question was asked from Rav Chisda what to do with it. He ruled that the wheat should be burnt, and then the ashes should be buried. The Gemara asks why not scatter the ashes, rather than burn them? The Gemara responds that we do not permit this out of concern that the ashes will fertilize the ground where they fall. Thus, we see how concerned Chazal were that we not gain any benefit from idols, even so indirectly.

Takroves Avodah Zarah – An Item Used to Worship an Idol

It should be noted that one is permitted to use items that are donated to avodah zarah, provided these items are not used for worship. Thus, gold, jewelry, and other valuables donated to a Hindu temple may be used.

There are several mitzvos of the Torah pertaining to avodah zarah, all of which convey the Torah’s concerns that we be distanced extensively from avodah zarah. For example, the Torah forbids having an avodah zarah in one’s house (Avodah Zarah 15a). This is based on the verse, velo sovie so’eivah el beisecha, “you shall not bring an abomination into your house” (Devarim 7:26). Furthermore, we are prohibited from providing benefit to the avodah zarah (Avodah Zarah 13a). Thus, it is prohibited to make a donation if a neighbor or business contact solicits a contribution for his church.

There is also a positive mitzvah to destroy avodah zarah. This is mentioned in the verse, abeid te’abdun es kol hamekomos asher ovdu shom hagoyim … es eloheihem, “you shall completely destroy all the places where the nations worshipped their gods” (Devarim 12:2). According to Rambam, the mitzvah min hatorah applies only to destroy the avodah zarah itself and that which decorates and serves it. There is no Torah requirement to destroy items used in the worship of avodah zarah (Hilchos Avodah Zarah 7:1-2, as proved by Kehillas Yaakov, Bava Kamma end of #3). However, as mentioned above, one is required, miderabbanan, to destroy anything that is prohibited to use, to make sure that no one benefits from the avodah zarah items (see Avodah Zarah 51b; Rambam, Hilchos Avodah Zarah 8:6).

Some Background Facts in the Contemporary Shaylah About Indian Hair

The Indian sub-continent is the home of the largest population of Hindus in the world. Hinduism is a religion that falls under the category of avodah zarah.

Most Hindu sects do not cut their hair as part of any worship ceremony. However, there is one large sect whose members sometimes shave their hair as an acknowledgement of thanks to one of their deities. This practice is performed by thousands of Hindu men, women, and children daily at their temple in Tirupati, India. The temple then collects the hair shavings and sells the women’s hair for wig manufacture. Although the majority of human hair used in wig manufacture does not come from India, a significant percentage of hair in the international wig market comes from Indian idol worshippers.

A very important halachic issue is whether the hair shaving procedure that takes place in this Hindu Temple constitutes an act of idol worship, or whether the hair is simply donated for the use of the idol. This question is both a practical question, that is, what exactly do they do, and a halachic issue, whether what they do renders the hair takroves avodah zarah, which is prohibited to use min haTorah. As mentioned above, it is permitted to use an item that was donated to an avodah zarah. Such an item does not carry the halachic status of takroves avodah zarah, which is prohibited to use. However, if the shaving is an act of idol worship, then the hairs may not be used.

Many years ago, Rav Elyashiv ruled that there is no halachic problem with using hair from the Indian temples. This responsa is printed in Kovetz Teshuvos (1:77). The person who asked Rav Elyashiv the shaylah provided him with information based on the opinion of a university professor familiar with Hinduism. According to the professor, the Hindus who cut their hair did so only as a donation to the temple, just as they also donate gold, jewelry and other valuables to the temple. Although there is presumably still a prohibition in purchasing the hair from the temple (because of the prohibition against providing benefit to an idol), Rav Elyashiv ruled that, based on the information provided, there is no halachic prohibition to use this hair.

However, Rav Elyashiv and several other prominent gedolim later ruled that the hair sold by this Hindu temple is prohibited for use, because of takroves avodah zarah.

The critical difference is that, although this professor did not consider the haircutting to be an act of idol worship, not all Hindus necessarily agree with his opinion about their religion. Although it may seem strange to quote the story of an idolater, I think this small quotation reflects how at least one Hindu views this ceremony of shaving hair:

Rathamma has made the two-day journey to India’s largest Hindu temple with her family and friends to fulfill a pledge to her god. Provide us with a good rice crop, she had prayed, and I’ll sacrifice my hair and surrender my beauty.

This quotation implies that this woman was not coming to make a donation of a present to her god, but that this is a method of worship. Of course, it could very well be that the author of these words is taking very liberal license with what Rathamma believes and does.

It should be noted that Rav Moshe Shternbuch, shlit”a, currently Rosh Av Beis Din of the Eidah HaChareidis in Yerushalayim, published a teshuvah on the question about the Indian hairs about the same time that Rav Elyashiv published his original ruling. Rav Shternbuch concluded that it is prohibited to use any sheitel produced with Indian hair, because of takroves avodah zarah.

What happens if the Hindu hair is mixed in with other hair? This is a very common case, since Indian hair is less expensive than European hair and, at the same time, is not readily discernible in a European sheitel. (As a matter of fact, it has been discovered that some manufacturers add Indian hair on a regular basis into their expensive “100% European hair sheitlach.”)

Assuming that hair shorn in the Hindu temple is prohibited because of takroves avodah zarah, does that mean that a sheitel that includes any Indian hair is prohibited to be used? What about the concept of bitul, whereby a prohibited substance that is mixed into other substances in a manner that it can no longer be identified is permitted?

The answer is that the concept of bitul does not apply in most cases when avodah zarah items became mixed into permitted items. Chazal restricted the concept of bitul as applied to avodah zarah because of the seriousness of the prohibition. Therefore, if a sheitel contains hair from different sources, such as hair made of European hair with some Hindu hair added, the sheitel should be treated as an Indian hair sheitel. Thus, according to Rav Elyashiv, this sheitel should be destroyed in a way that no one may end up using it. It is not necessary to burn the sheitel. It would be satisfactory to cut it up in a way that it cannot be used, and then place it in the trash.

However, there is some halachic lenience in this question. Since the concept that avodah zarah is not boteil is a rabbinic injunction and not a Torah law, one may be lenient, when it is uncertain that there is a prohibition. This is based on the halachic principle safek derabbanan lekulah, that one may be lenient in regard to a doubt involving a rabbinic prohibition.

Thus, in a situation where a sheitel is manufactured from predominantly synthetic material, European hair, or horse hair (this is actually quite common), and there is a question whether some prohibited hair might have been added, the halacha is that the sheitel may be worn.

It should be noted, that when attempting to determine the composition of a sheitel, one cannot rely on the information provided by a non-Jewish or non-frum manufacturer. In general, halacha accepts testimony from these sources only when certain requirements are fulfilled, which are not met in this instance.

Many synthetic sheitlach contain some natural hairs to strengthen the sheitel. In this instance, there is an interesting side-shaylah. One can determine whether there are human hairs in these sheitlach by checking the hairs of the sheitel under a microscope. The human hairs will look different from the synthetic material. However, there is no way that this can tell us the country of origin of the human hairs, and it certainly cannot tell us whether the hairs were involved in any worship. Is one required to check the hairs of a synthetic sheitel under a microscope to determine whether there are any human hairs? All the poskim I have heard from have ruled leniently about this issue – one is not required to have the sheitel checked.

I have heard people say that there should be no halachic problem with blond- and red-headed sheitlach, since Indian women have dark hair. Unfortunately, based on my conversations with sheitel machers, there does not seem to be any basis for this assumption. In most instances, the hair used in sheitlach is bleached, removing all color, and then (much later in the process) dyed to a specific color. Thus, there is no reason to assume that simply because a sheitel is a fair color that it cannot have originated in a Hindu temple.

Who could imagine that in the modern world, shaylos about the laws of avodah zarah would affect virtually every frum household. It goes to show us how ein kol chodosh tachas hashemesh, there is nothing new under the sun (Koheles 1:9).