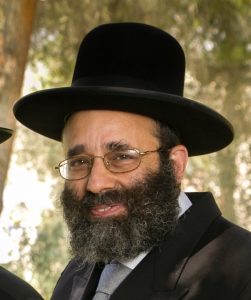 Born in Washington, D.C., and raised in New York City, Rabbi Yirmiyohu Kaganoff, שליט”א, attended Ner Israel Rabbinical College in Baltimore, MD, from where he received a Bachelor’s degree in ’76, Semicha in ’77 and a Doctorate in Talmudic Law in ’81. In August of ’82 he assumed the rabbinate of the Young Israel of Greater Buffalo, a position he held until ’86. He also was the founding Rabbinic Administrator of the Vaad HaKashrus of Buffalo, a community organization which maintains the highest standards of kashrus.

In August of ’86 Rabbi Kaganoff and his family returned to Baltimore where he became the Rabbi of Congregation Darchei Tzedek and also served as a dayan (rabbinic judge) on the Beis Din of Baltimore. The Kaganoffs made aliyah in ’97, where they live in the Neve Yaakov neighborhood of Jerusalem. Rabbi Kaganoff is the author of seven books on Rabbinic scholarship, both in English and Hebrew.

Rabbi Kaganoff is a renowned posek who answers shaylos from around the world. (Some of his more interesting teshuvas can be found on this site.) He and his Rebbetzin are extraordinarily dedicated to the Jewish people, and work tirelessly to assist, support and teach. They have touched countless lives and earned the respect of thousands.